Women, Sexism, and the Microcosm of Poker 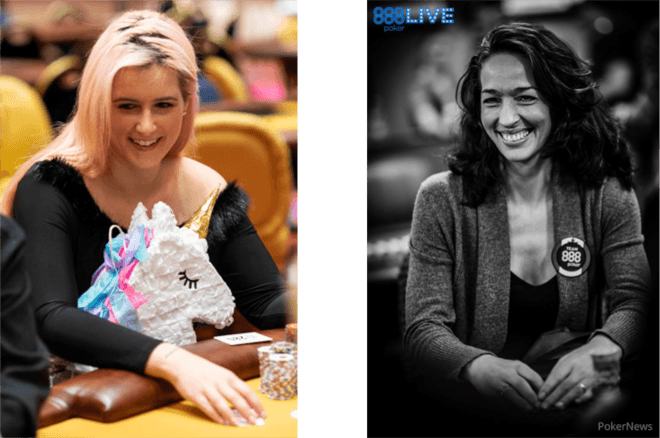 The poker world is a weird place. By its very nature, its an exploitative environment where the whole purpose is to identify and exploit the weakness of the other people at the table. Its an individual activity played in rooms full of people. And for decades, its been a world dominated by men.

Poker is a "brain sport" that actually has no real gender imbalance in the theoretical application on the felt. But while the real world of poker games have moved beyond the smoky backrooms of old, the live poker world can still often be an unwelcoming place for women as they face sexism and outright abuse at the tables on a regular basis.

There are hopeful signs as the modern poker industry recognizes that alienating half your potential customer base may not be a +EV play, but even amidst the hopefulness, there are missteps as well.

Witness the recent "shirtless dealers" debacle at the Battle of Malta. While the main story was covered well in that article from PokerNews, Canadian poker streamer Vanessa Kade made an interesting side-point to the outrage on Twitter.

just setting up my twttr

In most live poker environments I've been in, female serving staff are wearing outfits that are normally reserved for serving staff at strip clubs. While there are plenty of male players who are happy to "enjoy" the spectacle, its the sort of thing that's another nail in the coffin of making a "welcoming environment" for women in poker rooms. Sadly, I even have to "cop to" playing into the stereotype on occasion in table chatter, and I think the "ease" with which many men can just slip into this sort if thing is part of the problem.

What things like the BOM debacle, and frankly more general policies like the choice of server outfits, show is that not only does the poker industry not market to women, they don't even know how to market to women. The BOM incident is a perfect example of projecting male fantasies onto women, and then executing it, without ever considering if women actually have anything close to "male fantasies."

Noted Canadian poker player and media personality Kara Scott (who's latest and greatest adventure is being a new mom) made it clear why its important to reach out to women, and how to do it.

just setting up my twttr

Its clear that whoever came up with the "topless dealer" idea for BOM didn't have input from a female perspective. If they had, it seems impossible this idea would have seen the light of day. But we need to recognize the problems go much deeper than these sorts of obvious and egregious examples, and that the large swaths of the poker world remain hostile to women at LEAST as much because of willful inattention to things like servers' outfits, as to overt, bone-headed moves like "topless dealers."