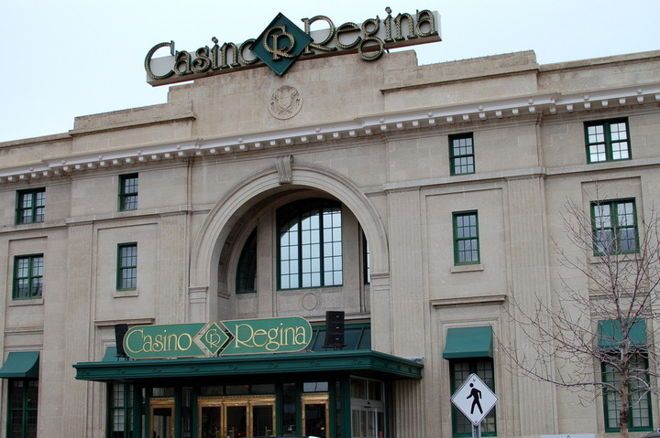 The 2019 Harvest Poker Classic has wrapped up this past weekend, with five events across five days, taking place from November 5-9 from inside the beautiful show lounge at Casino Regina in Regina, Saskatchewan.

The first event was the $300 No Limit Hold'em Freezeout Turbo Satellite. The event took place on November 5 and saw 197 entries to create a total prize pool of $53,190. Casino Regina tournament regular Kris Klimosko was the first player eliminated once the money bubble bursted, collecting $678 for a 20th place finish.

Senad Selimanovic and Paul Weenusk managed to get to heads up play, with hometowner Selimanovic getting the better of Manitoban native Weenusk in heads up play to collect the $14,155 first place prize money. Weenusk pocketed $8,991 for the runner up finish.

Here's is how the final table payouts played out:

The second event on the registrar was the $500 No Limit Hold'Em Freeze Out. This event saw a massive turnout with 267 entries to create a prize pool of $120,150. This tournament saw 27 players make the money and the final tablists were guaranteed over $2,000 with the winner set to collect $31,572.

Paul Weenusk saw his second consecutive final table of the tournament series and almost made it to heads up play, but eventually bowed out in third place for $13,224, setting up a heads up battle between tournament regular Chris Bowers and Deven Lane. Chris Bowers was not going to be undone in this tournament though, going the distance and winning the first place prize of $31,572, while Lane settled for second place and $19,912.

Here is how the final table payouts went for the $500 No Limit Hold'Em Freeze Out:

The third event raised the stakes even more with the $700 No Limit Hold'Em Freeze Out. The players continued to come out, with 244 entries recorded, putting the total prize pool at $153,720.

In the end, the tournament came down to Victoria BC native, Dominick French and Manitoban Jordan Anseeuw. Anseeuw got the better of French in heads up play though, collecting $40,509 for first place while French saw $25,592 slide into his pockets for the second place finish.

Here is how the final table payouts went for the $700 No Limit Hold'Em Freeze Out:

The fourth event of the series turned its head to the $900 No Limit Hold'Em Freeze Out Bounty. While $800 went to the prize pool, a player received $100 for ever player they knocked out of the tournament. The tournament saw an astounding 261 entries, to create a total prize pool of $187,920 along with $26,100 in bounties up for grabs.

Chris Bowers set himself on a second tournament victory but bowed out short of the final table in 13th place, collecting $2,542.

The tournament came down to two Saskatchewan natives with Cory Popoff of Saskatoon, SK and Darcy Tupper of Meadow Lake, SK being the remaining two players in the tournament. In the end, Popoff got the better of Tupper to collect $49,380 for the victory, while Tupper received $31,144 for second place.

Here is how the final table payouts came out for $900 No Limit Hold'Em Freeze Out Bounty event:

The tournament saw 32 players make the money and among the first set of payouts, tournament pro Eric Wasylenko fell out of the running for the tournament title, taking home $2,041 for a min cash and a 30th place finish.

The final table was set when Chap Zipchain exited in 11th place for $4,834.

Curtis Krushelniski made his third final table appearance in five tournaments, finishing in fifth place for $16,968.

In the end the 2019 Harvest Poker Classic Main Event would come down to Henry Menard of Winnipeg, Manitoba and Joseph Ranalli of Regina, Saskatchewan. There would be a hometown hero in this tournament as Ranalli went the distance and collected the $81,346 first place prize, eliminating Menard for the title and his name on the Harvest Poker Classic banner. Menard received $51,164 for the second place finish.

Here is how the final table payouts played out: