Shameless Side of Poker on Display in Venetian Event 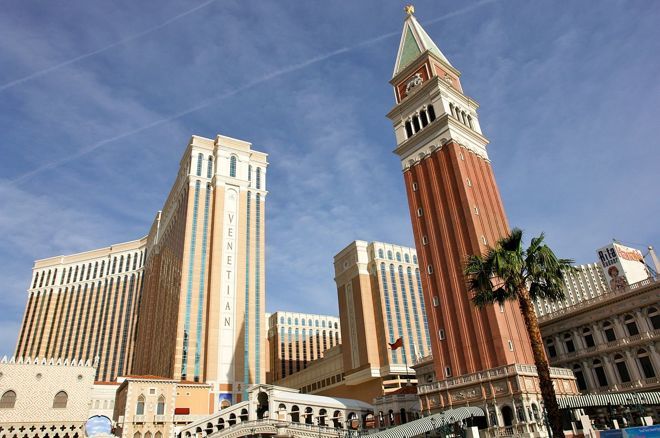 A couple of weeks ago, the poker community got to watch a minor poker tragedy unfold.

The stage was set back in September, when the much-reviled Venetian poker room announced a special sort of poker tournament. Dubbed The Lucky Shot Poker Series & Drawing, it seemed like an attempt to merge poker with the casino game crowd by luring the latter over with $52,000 in drawings.

Most egregious to industry heads was the "main event" of the series, a $150,000 guaranteed tournament that was guaranteed in the most literal sense possible — no matter how many or how few entries were logged at $250 apiece, the prize pool would be $150,000.

Simple math tells us that the venue needed 600 entries to break even on the guarantee, though it would still come out in the red for the event after paying out staff and so forth. There was also the matter of the $52,000 drawing, which organizers likely hoped would be covered by the fees generated throughout the series.

So, case closed, right? Poker community wins, Venetian loses, all is right in the world?

I would hesitate to say so, considering the way things went down.

Rush of Greed on Saturday

To give a little bit of background, the official schedule for the series listed six starting flights for the $150K guaranteed event, labeled Day 1a through Day 1f.

When registration closed up shop on Friday for Day 1e, 353 entries had been logged for an average of about 70 entries per flight. That put the pool more than $60,000 short of the target number with only one flight to go.

You know what happened next. Smelling expected value blood in the water, players flocked to Venetian and threw fistfuls of cash at the registration desk like eager Vegas tourists hitting the Spearmint Rhino for the first time.

They managed to cover the overlay and even send some rake Venetian's way to cut into the drawing pool, making it so Venetian covered about $27,000 of the $52,000 when all was said and done.

In the lead-up to the Lucky Shot series, poker influencers like Doug Polk called for players to band together and #BoycottTheVenetian. As he wrote on Twitter, this represented a great chance for the poker community to send a message: we won't tolerate trash poker formats whose purpose is solely to rake dollars out of players' pockets.

While on the surface it appears something was accomplished by rendering the $150K guaranteed to a mere 7% rake, far below industry standard at that buy-in level, to me, it just feels like a major missed opportunity. The community had a chance to really punish the Venetian here, and instead, one of the ugliest parts of poker, a shameless pursuit of profits at all costs, was on display.

Saturday flights are always going to draw the largest crowd, so it was unrealistic to expect another 70-entry field. Still, something like 100 to 125 entries could have been logged in that last flight, sticking Venetian with around $30,000 overlay before even factoring in the drawing money. Venetian decision-makers would have had no choice but to label the series a resounding failure and chalk it up a one-time idea that missed the mark.

Instead, poker players sent a different message: as with other instances in the past, finding potential value trumps all other considerations. The Venetian needn't fear potential overlays, because at the end of the day, players will always flood through the door the second they smell even the faintest chance of free money.

The late rush in the $150K combined with the venue-friendly rake collection in the prelims — PocketFives' Jeff Walsh showed the events wound up with rakes between 29% and 49% — means Venetian is probably more likely to make small tweaks and try this again than throw out the concept altogether.

I've been around the poker community long enough that the way it played out doesn't really surprise me. That doesn't mean I can't be a little sickened when I see players sacrificing a chance to improve the long-term health of the game for a measly few hundred dollars in EV.

Please note that the thoughts and opinions expressed in this article reflect those of the author and not of PokerNews.