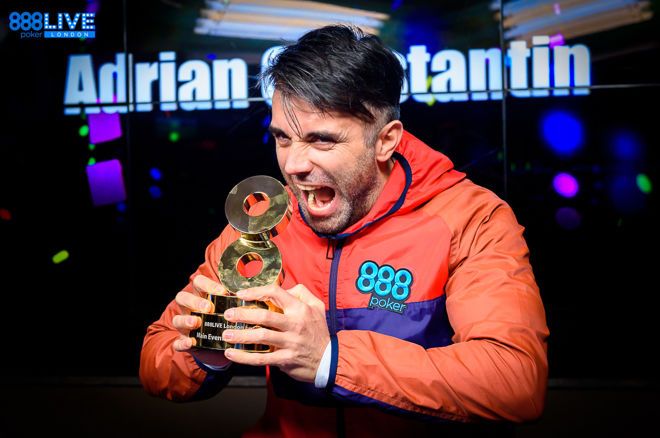 The 888poker LIVE poker tour had a busy year with four big festivals, sponsorships of the WSOP and the Battle of Malta, and many other 888poker LIVE branded events.

Here is a look back at the four main 888poker LIVE tours of the year.

The first big stop of the year was held at the five-star InterContinental Bucharest with the 888poker LIVE Bucharest €888 Main Event being the crown jewel of the festival.

Italy's Gabriele Rossi not only won the tournament for a cool €110,000 ($123,121) but also a month later headed out to Las Vegas to play in the WSOP Main Event on the house thanks to 888poker giving away a WSOP Main Event package valued at $12,600 to the winner.

Shortly after the WSOP, the 888poker LIVE tour headed over for the first time in the festival's history to the Russian resort of Sochi in August 2019.

The final stop of the year headed to the British capital of London at Aspers Casino Westfield Stratford City in late November. The festival highlight was the £500,000 guaranteed 888poker LIVE London £1,100 Main Event.

The event beat its guarantee with 518 entrants generating a £512,820 prize pool.

The tournament ended in early December with Romania's Adrian Constantin crowned the champion to collect the £100,000 ($129,274) top prize along with a package to the 2020 WSOP worth $12,500. Constantin was a true Cinderella story after qualifying to the festival through an online satellite at 888poker for $33.