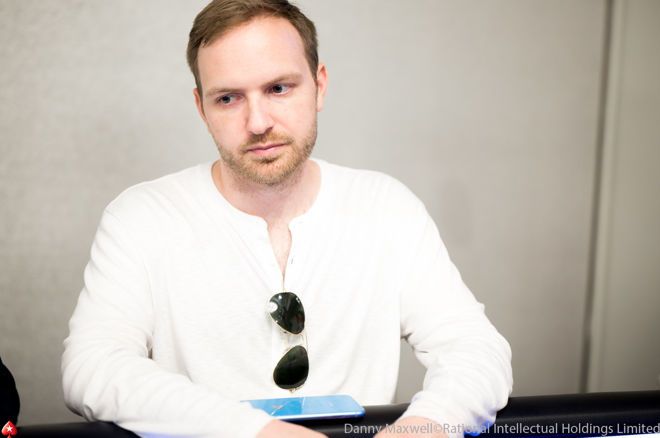 Sunday 8th December threw up some massive results in the online poker world thanks in part to PokerStars’ High Rollers series drawing towards a conclusion and partypoker running an impromptu $25,500 Super High Roller event.

Mike “SirWatts” Watson found himself in the winner’s circle in one of those events, let’s see which one.

As you would expect from such a high buy-in event, the field was star-studded, which carried forward to the eight-handed final table.

Norway’s “paolinetti67” busted in eighth for a combined $11,179 nd they were followed to the sidelines by Claas “SicK_OnE” Segebrecht and Joris “BillLewinsky” Rujis who banked $14,018 and $19,933 respectively.

China’s “6uplanbojini1” collected $17,083 for their fifth-place exit while Dutch star Rens “Rens02” Feenstra walked away with more than $28,000 with bounties included.

Third-place went to British grinder Simon “simon1471” Higgins, a finish worth $40,837. Higgins’ exit set up an enticing heads-up clash between Dutchman Joep “Pappe_Ruk” vanden Bijgaart and Mike “SirWatts” Watson. It was the latter who came out of the fight unscathed and with a combined prize weighing in at $117,203, resigning van den Bijgaart to the $52,304 consolation prize.

Canada’s Pascal “Pass_72” Lefrancois is better-known for his no-limit hold’em prowess but he showcased his skill in the pot-limit Omaha arena at PokerStars this weekend. Lefrancois entered the $10,300 PLO 6-Max High Rollers event along with 68 others and helped create a $690,000 prize pool.

Lefrancois came out on top to secure the $186,237 top prize, a sizeable haul and a suitable reward for sending Norway’s Mads “madsamot” Amot to the rail in second-place. The Norwegian had to console himself with a $139,215 prize.

Earlier at the final table, Laszlo “omaha4rollz” Bujtas collected $43,468 for his sixth-place exit and was joined on the rail by “anteen” of Sweden who banked $58,150.

Over at partypoker, a $25,500 Super High Roller was requested by the players and partypoker obliged by hosting the event. Soe 62 players bought in and helped smash the $1 million guarantee by more than half a million dollars.

Only the final table of eight received a slice of the pie with the seventh and eighth-place finishers, “bowlsome” and “CocaineKiller” each collecting $73,625. The next player to fall, “rayjay93” banked $82,250 and was the last player not to receive a six-figure payout.

Team partypoker pro Jason “Jason_Koon” Koon then ran out of steam and busted in fifth-place for $108,500 and gained some company on the rail in the shape of “Plarize” who reeled in a $139,500 prize.

The penultimate elimination was that of “BtchByTrade” who scooped up $224,750.

Heads-up pitted “Triple Sexy” against Ryan “rmorrell11” Morrell for the title and more than half a million dollars. Triple Sexy, who finished Day 1A of the $20 million guaranteed MILLIONS Online in the top two chip counts, had to make do with a $341,000 consolation prize, leaving Morrell to bank $503,750.

This week’s $5,200 Sunday Big Game should have been called the Sunday Huge Game as 144 players bought in and fought it out to finish in the top 20 where the $720,000 prize pool was distributed.

The prize money was worth at least $21,600 by the time the final table was reached. “NewYorkJimmY” won this sum. One-by-one “Quantum_Leap”, “CocaineKiller”, “Jizoint” and “gastrader” busted, to leave only three players in the hunt for the title.

Those three became two with the exit of Team partypoker’s Anatoly “NL_Profit” Filatov who will be disappointed not to have won but who will also be delighted with his $86,400 prize.

Bangladesh’s “strangejelly” certainly wasn’t complaining as they helped themselves to some extra value in the shape of the $7,000 first-place prize. Bangladesh may not be the first country you think of when asked about online poker but strangejelly’s recent results are putting the country on the poker map.

Austrian pro “alwayswin111” was the runner-up, a finish worth $4,500. Alwayswin111 would later make amends for falling at the final hurdle of this event; more on that later.

Three Swedish players reached the top seven places where the prize money was shared. “Mr_Coyotte” busted in seventh for $700 with “Madeon1994” falling in fifth for $1,500. “Gnassil” secured a $2,000 prize for their fourth-place bust out.

Only one other person netted five-figures from the $100,000 prize pool, that person being “xFINK_Ploydx” of Canada who padded their bankroll with $11,000.

Everyone else collected at least $1,750 for their efforts. Shout-outs to “w4ll4s” of Luxembourg, “Polesetyv” of Switzerland and “1llb3b4ck” of Malta who finished in positions ninth through seventh.

Also to “BeenWonderin” of the United Kingdom, “checcmate” all the way from India and to Estonia’s “AvoViiol” who made up the final table.

Natural8’s own high roller series saw Sunday 8th December fire off several Day 1s. We’ll keep an eye on these and report back with the biggest results.

Want a mention in this article? First, you'll need an account at these online poker rooms. Get the best deposit bonuses here!

The Stars Group is a majority shareholder in iBus Media