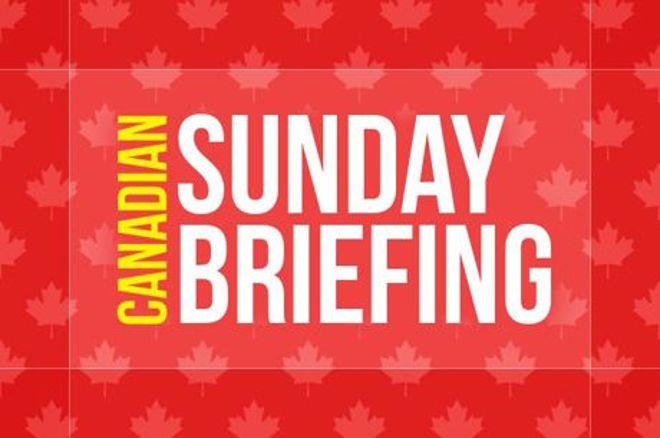 This Sunday, Dec 29, 2019, “roo_400” had the best result from Canada, with a runner up finish in the Sunday 500 on PokerStars. Here’s the full report on major Canadian results from this Sunday:

This week one Canadian made it all the way to the final table. "LeetRunGood" finished in fifth place for $5,700. The winner of the tournament was “josef_shvejk” of Russia who won $19,350 for the victory.

The Winter Series -14-H: $530 NLHE - Progressive KO gets the Sunday majors underway this week at PokerStars with a $275,000 guarantee. After late registration there were a total of 620 entries who bought into the tournament to create a total prize pool of $310,000

Of the final nine players, none were from Canada. II-Giuglia ended up as the winner, collecting $26,856 plus another $27,896 in bounties.

There were no Canadians that reached the final table. The winner was “Remi Lebo_10” from Ukraine who outlasted them all to collect $41,637.

No Canadians made the coveted final table this week. The top Canadian finishers were Mike "SirWatts" Watson and "cookiemo8436" who finished in 26th and 21st respectively, both receiving $9,975. The winner was “takisxa” from Greece who bested the field to scoop in $375,697.

At the final table, one was from Canada. The lone Canuck was also the first player to exit the final table as "hedpe28" finished in ninth for $973. The win went to Malta's “jonhf90” who won $21,961 for the victory.

Sunday Storm
Moving on to the lowest-priced tournament that could be considered a Sunday major, the $11 Sunday Storm is the best value you’ll find in online poker. Despite the tiny buy-in, the prize pool is set at a guaranteed $125,000. The tournament saw 18,127 players enter, creating a prize pool of $177,644.

No Canadians entered the final table with chips this week as Russia's "ManiacParty" managed to walk away with all the chips and $16,760 in victory.

Two Canadians made the final table. The first Canadian to exit the final table was Mike "SirWatts" Watson who finished in sixth place for $2,196. The top Canadian was "roo_400" with a runner up finish and $6,292 in prize money. The winner was “wpt077” from China who pocketed $8,186 for the victory.

The Sunday majors conclude on PokerStars with the $215 Sunday Supersonic — a six-max hyper-speed tournament with a $100,000 guarantee. This week a total of 624 entries pressed their luck to create a total prize pool of $127,770.

This week no Canadians made the final table. The winner was Brazilian “sgsabioni” who walked away with $22,271 in victory.