Getting Lost in Hold'em: The Danger of Underestimating an Opponent 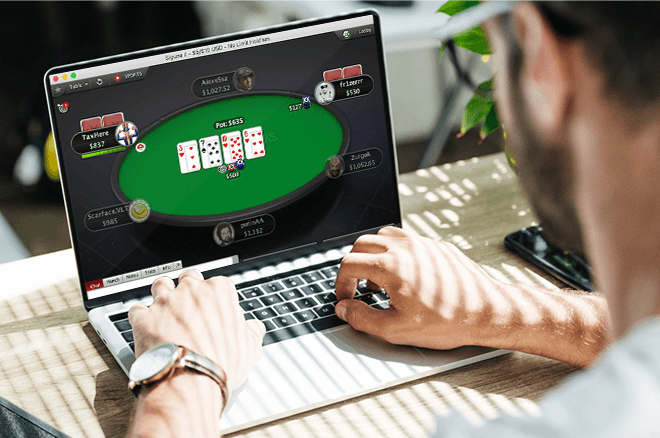 Underestimating your least intimidating opponents can be a big mistake in poker. Regardless how much more skillful you think you are, or actually are, they still get dealt aces precisely as often as you.

Therefore there is some natural limit to how much edge you can have. And you will be unable to force your edge further. Your opponents will have it sometimes, and you have to navigate that — and ideally exploit that — by making big folds and by limiting the size of pots when you are behind.

The following is an example of a hopeful play to win the pot by a player who is likely more skillful than his opponent, but who on this particular hand played his hand considerably less well.

Preflop Isolation, Fireworks on the Flop

The game is 100NL (6-max.) played online ($0.50/$1 blinds). The targeted player in this hand, playing 300 big blinds deep, raises to $2 from middle position and gets three-bet to $12 from the small blind, an experienced regular playing $550. The targeted player called with position, and the flop came

Perhaps out of habit, our experienced regular bet small — just $6. This was followed by a raise from his opponent to $21.

Certainly continuation betting one-quarter pot from out of position on a dry board could be raised often as a bluff, as frequently enough recreational players look to attack weak bet sizes. But the small blind might feel that he in fact has a stronger range overall. And he may well have in this instance, as he responded by reraising to $50. His opponent called.

Now, if the experienced player had set his mind to hand reading this situation, his opponent's response to his reraise might have provided his best clue. It is not likely the in-position player would plan an elaborate future bluff by simply calling his flop reraise. If he had a hand that needed to bluff, say A-T-offsuit or 7-6, he would, most of the time, either four-bet the flop or fold.

turn both players checked, so the pot was in the $125 neighborhood going to the river, which brought the

The flop flush draw missed, as did any straight draw. Our "skilled" player fired out a blocker bet of $40, looking mighty value-heavy.

It would seem difficult, then, for this player to have a bluff. Which leads to the next part of this story — our recreational player raised all in for $200 on top.

, T-T, or even an A-4-type hand? He raised to put more money in on the flop, got the action he wanted and called to keep the opponent in, then sprang the trap on the river once he had milked another $40 out of his customer. Meanwhile the chances he had a bluff — as run through to this point — are low.

Even so, our experienced player called with

, simply a ten that he felt had value enough to bet on the river. Maybe he thought he turned the best hand facing pocket eights or nines when the king arrived. Fair enough.

Let's think back through where our "skilled" player went wrong.

Telling oneself "I block pocket tens" is an insufficient excuse to call off against a recreational player in this spot. The call is extremely hopeful. The flop reraise was hopeful as well, but less costly than the river mistake. Sure, we might get some thin value with a $40 river bet. It is a bit optimistic to bet second pair, no kicker, in a three-bet pot when the flop went bet-raise-reraise-call. But hey, he is the pro.

All hope of having the best hand goes out the window, however, when facing that river shove.

Our skilled player may be looking back at this hand in retrospect, telling himself "I only lose to K-K and that hand would have four-bet preflop." He had the apparent "range advantage," so to speak.

But this is looking at the past through rose-tinted spectacles. The salient fact is the in-position player would never have played a bluff this way. Consider that he did not reraise-bluff the flop, that he did not bluff the turn, and that he did not raise smaller with a bluff on the river.

Why could he not have bluffed for $130, for example? Many recreational players are shy to pull the big trigger, even when they gather their courage for the rare river bluff-raise.

In the end, playing $550, our heroic caller may have just been feeling he was invincible and could control the outcome of the hand, come what may. Likely he was up big on the session, and felt he was playing quite well on the day. He may also have lost track of the flop action and the consequence it had for the ranges involved on the river.

Confidence and skepticism sometime make for a bad combination in no-limit hold'em, especially when a spot requires logic, logic, and more logic.