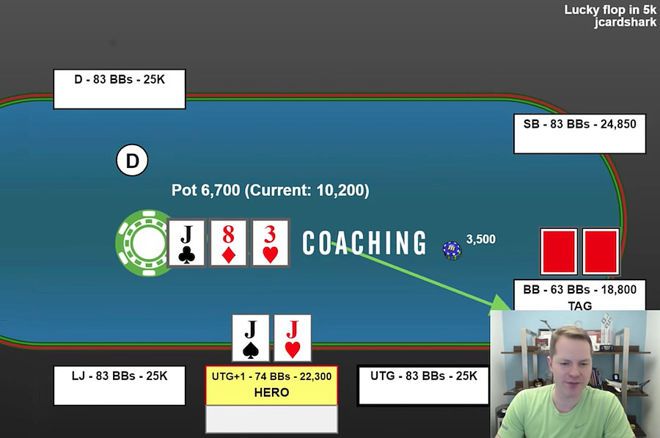 Today I have another fun hand to go over from a $5,000 buy-in World Series of Poker no-limit hold'em event. In this one I was fortunate enough to flop top set in a hand that was three-bet preflop, and over the course of postflop streets sought to maximize value.

As I talk about in the video below, this could be a squeeze from the BB, though the bet sizing suggests perhaps a stronger range (i.e., makes a squeeze less likely). I called the three-bet, the others folded, and we went heads-up to the

With 6,700 in the middle, my opponent led for 3,500. This hand ultimately made it to the river — I'll let you watch below to see how things played out. As you do, listen to my explanations for why I played the flop, turn, and river as I did.

Would you have played this hand the same way?

Jonathan Little is a professional poker player and author with over $6,800,000 in live tournament earnings. He writes a weekly educational blog and hosts a podcast at JonathanLittlePoker.com. Sign up to learn poker from Jonathan for free at PokerCoaching.com. You can follow him on Twitter @JonathanLittle.